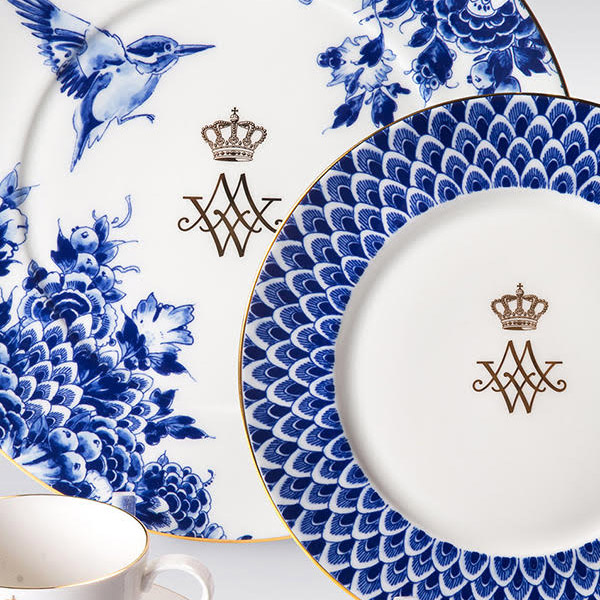 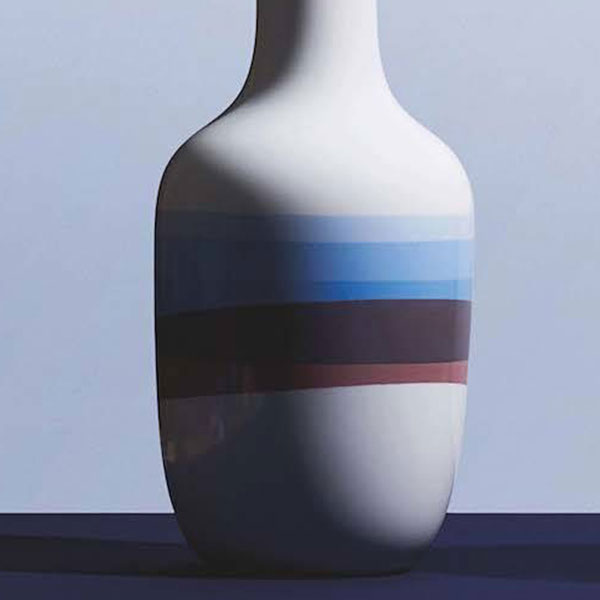 Royal houses have the most magnificent tableware including many showpieces and centre pieces, often made from porcelain. After all, a carefully laid table heightens the mood and makes guests feel welcome.

The Dutch royal couple had to replace their existing tableware, too heavily shrunk through wear and tear, and commissioned the famous Royal Delft (based in Delft since 1653) to create a new set.

The King and Queen had very distinct, personal ideas that were incorporated into the design. The results from 2017 are spectacular. On the porcelain tableware the orange blossom, kingfisher and the crowned monogram of the royal couple stand out. The kingfisher was the symbol of King William of Orange, whose motto was ‘calm amidst the raging waves’.

In its entirety it depicts the connection between the House of Orange, the king and society. At the exhibition ‘Design & Dynasty’ the tableware is presented in an exquisite arrangement.

Fulda also had its own porcelain factory since 1764, founded by the royal bishop Heinrich von Bibra. The city still has a beautiful collection of porcelain figurines that can be admired in combination with contemporary porcelain and ceramics.