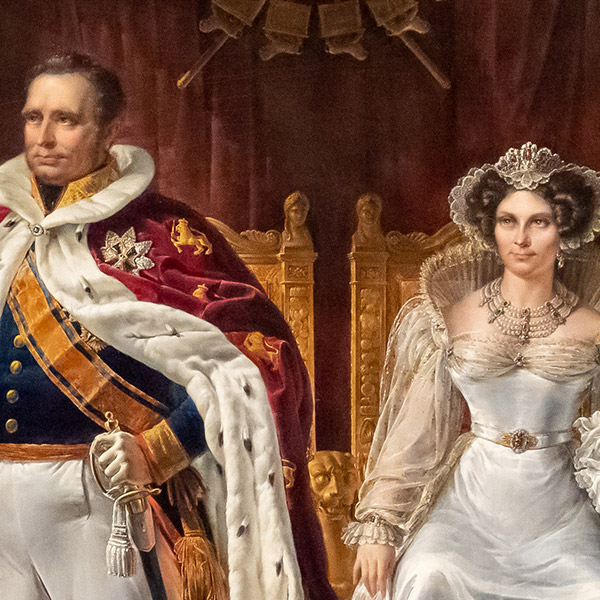 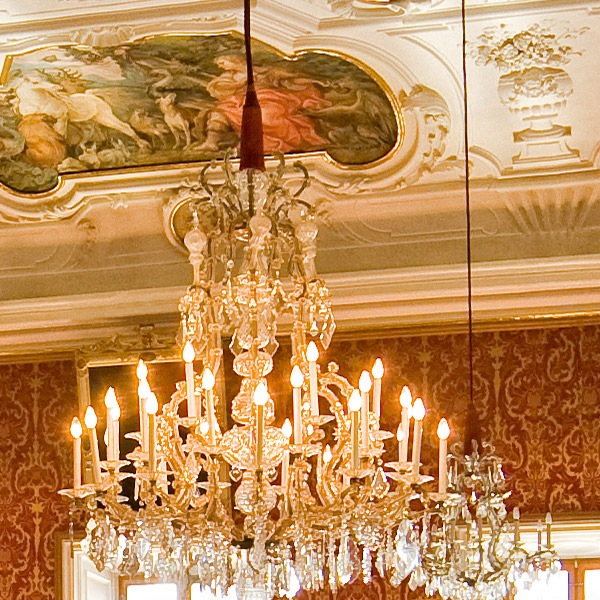 Splendid grandeur! Baroque palatial rooms with giant chandeliers, stories of kings and queens, princes and princesses, royal tableware, regal jewels, it all appeals to the imagination.

In the German city of Fulda this is all on display during the summer of 2022 in a spectacular summer exhibition revolving around the Orange-Nassau dynasty.

Occasion is the 250th anniversary of King William I Frederick (1772-1843). It is not a widely known fact, but before he became the first king of The Netherlands, from 1802 to 1806 he ruled over the principality of Nassau-Orange-Fulda in Germany. For this first king it all started in Fulda!

Surrounded by the original decorations of the Baroque city palace William Frederick and the many marriages of the Oranges and Germans come to life. Almost all Dutch kings and queens married a German prince(ss) or nobleman: William I, William III, Wilhelmina, Juliana, and Beatrix.

At the city palace of Fulda you will be able to see stunning works of art from the Royal Collections and Paleis Het Loo, combined with surprising contemporary objects in pure craftsmanship.

The grand location and surrounding park immerse visitors in the Orange history. From William I and Wilhelmina of Prussia to King Willem Alexander and Máxima.